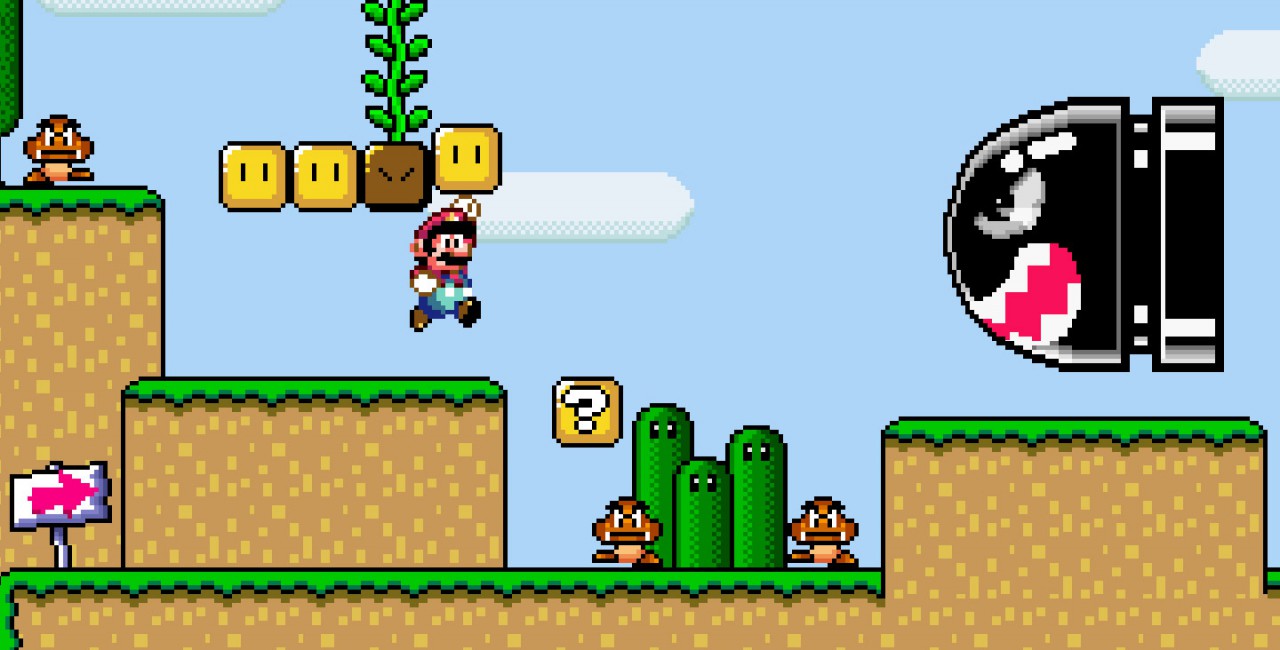 For the ones who were at the Global Game Jam – physically or virtually – just have one thing to say. It was awesome! It was my first time doing it – and was also the first time of my team which I met there. Except but a Brazilian friend that I’ve met before.

All the 4 of us had no experience with games and that was the best part. We could force ourselves into doing something for the first time or having to study a little bit more of something. We had 3 programmers and 1 artist and 48 hours to build a game!

And we did it! here is the link to our game at Game Jam page.

“Rognar, the mighty warrior and dragon killer. Saves the life of the princess, and after 9 months… She’s pregnant! Rognar has to stop “playing around” killing monsters and start working to support your family. Help Rognar with his hardest mission, making the princess and his baby happy!”

IMPORTANT: If you read everything, you will understand why that game has so many bugs and more. Its not finished. We did what we could as 4 Game Developers Rookies. And we loved it! And we are proud of what we did! Really! Believe me! 🙂 I am!

You can also check a few screens of the game below.

First of all we received the theme. 2015 theme was: “What do we do now?” YEAH. The theme was a question. “What do we do now?”. Pretty cool, huh? After receiving the theme, we went for dinner. We believe that forcing ourselves to have ideas at a first time wouldn’t be right and we’d probably won’t come up with any good idea. On the way and during dinner we came up with some pretty good ideas. Some of them really funny ones, another not so much, so of them kind of lost in time and space (mine) but we finally came up with a good one. It maybe not good for other people, but it was good for all of us, and that was important because we all wanted to work on that.

Then, after having dinner we went back to do some work. One again, nothing that would push us against our limits. That is not good at all. You code will be a mess, you won’t be able to speak, think, put ideas on the table, etc. When you work with ideas and projects, you have to be rested.

We worked from 6 or 7 pm until 12pm. It wasn’t hard and we felt really comfortable with that. So we decided to call it a day and have a good night of sleep. On the first day we had the idea, some sketches, puzzles, a few lines of code, etc. We went pretty far!

We didn’t start at dawn. No. We decided to sleep well and work hard. We started to work something about 9am and spend the day until 6 or 7pm working – between lunch, break and stuff. I was working on the animation (haven’t use flash since 3 or 4 years ago). Gustavo was doing the programming stuff as he was the only one that had some idea of how Unity 3D worked and had also worked with it. Logan was helping with the Programming also and the sketches (some pretty fuckin* good sketches. That guy is a PRO) and Kris was the artist of the whole thing and also worked on the theme song.

Over all, we all did a little bit of everything because we knew almost nothing on how to build a game and that was really nice. 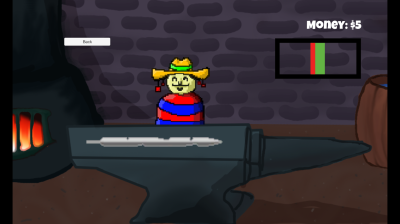 We build a bunch on mini-games on the medieval age with our character, Rhognar the Barbarian. As said before, the plot was that he was the guy! Dragon Killer! The Man! The Warrior! The ultra-must-of-the-must! He finds out that the princess that he saved got pregnant and now they have to “drop” the whole warrior stuff to get a job and be a Dad. Yeah. We brought him to the real life.

The rest of the day was giving ideas for the game, how we could do all the mini-games and learning a lot about what we were doing. I do have to say that I learned a lot with those guys and had a great time creating the game.

Still, nothing much different from this. Coding, creating, learning, searching for information, etc. We spend all day doing this. 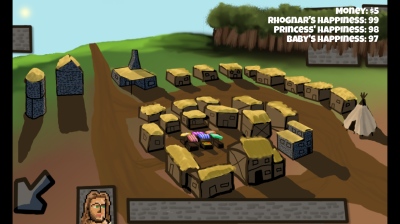 The final day. Talking about me, I was so excited to finish my animation and had some great ideas because everything was going just fine…. and for some reason that wasn’t good. I got to the Game Jam about 9am and found out that the power of the place was out. I spent the whole morning waiting for the light to come back so I could keep working on the animation. Unfortunately, about 2pm I gave up and went home. Now, fortunately, Gustavo had all the information for programming at home and could finish the game and Logan and Kris did a lot of the art work the night before. The opening scene was almost done and we had to used what I had done so far. I wasn’t really happy with it, but it was what we had for the time.

Even reading that you wouldn’t need to have any experience to join a team at Game Jame and even participate, I felt like that would definitely help. I myself felt useful only on the second day after searching on how to do the animation. Anyway, there are a bunch of ways that you could help. This is just my point of view.

Well, that it. If you miss this one, don’t worry. We’ll meet there next year and maybe work together.