Hi. How are you?
Have you ever had questions about the history of your country? What did really happen back there, why, who died, who were traitors and who where allies?

Well, some people take that really serious and, specially, politicians. Why? Because everything regarding to politics history they have to talk about it. I myself see this as an opportunity to teach children and players what history was really like and to bring them to know better that. Also, that would be a really difficult post to do, because I may fell like stepping on eggs, but, anyway, let’s give it a try.

I came to a New York Times news from Nov. 20, 2014 talking about a interesting situation that happened with the French company Ubisoft. We all know that their games are awesome and sell a lot of copies around the world. But, what happened when you build a game based on a specific history of a specific country? A lot of people may say, “nah, that’s okay, because the game used the history to create a Fantasy world and I know that is not for real”. Other would say, “if you create something based on history, you have to study it. No just consulting books and the internet, but really study. Otherwise, it will be a pour game.”
I’ve played some amazing games regarding to history, specially FPS War ones. Call of Duty, Medal of Honor,Battlefield, etc, and I actually liked most of them because was a way for me to learn about history while playing. I’d also enjoy playing a game based on Brazilian history, where I am from. I know my history, what happened, I know who were traitors and who were “good” people. Why? Because I went to school, I studied. And every time there were something that I didn’t get it, I went after it or even read the manual of the game as the historian who advised Ubisoft, Jean-Clément Martin. As he said, the game was not intended to as a French-bashing or historical revisionism, but to create a fantasy world where players could have a different view of history.
Still, that’s my opinion and I’d probably keep talking about over and over again, but I prefer to leave up to you. Read below the news and let me know what you think.
Again, to check the full text, check here!
Video Game Meets History, and France Rebels Again
By DAN BILEFSKYNOV. 20, 2014
PARIS — Perhaps only in France could a video game provoke an earnest philosophical debate over the decadence of the monarchy, the moral costs of democracy, the rise of the far right and the meaning of the state. 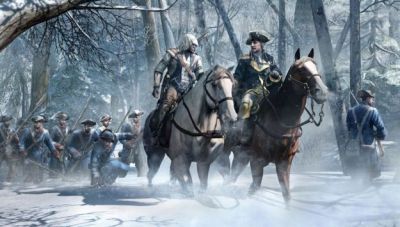 The French are fulminating over the game, Assassin’s Creed Unity, not because of excessive violence as Americans might, but over its historical inaccuracy and political slant. Critics on the left say the game undercuts a cherished narrative of the French Revolution — the miserable masses rising up against an indulged nobility.

Set in a meticulously rendered three-dimensional Paris during the French Revolution in 1789, the game is part of a popular series whose previous versions have been set during events like the Crusades and the American Revolution. The series, made by the French company Ubisoft, has sold nearly 80 million copies since it was introduced in 2007.
In the game’s latest incarnation, released last week, the hooded hero is Arno Victor Dorian. A young Frenchman whose father was assassinated at Versailles, he takes no small measure of glee as he jumps across the rooftops of Paris, including the Cathedral of Notre-Dame, mercilessly killing members of the nobility and other rivals with his “phantom blade” or pistol.
Critics of the game, led by Jean-Luc Mélenchon, the firebrand left-wing politician and onetime presidential contender, have lambasted it as dangerous “propaganda” that portrays the French masses as bloodthirsty murderers, while the high-living Queen Marie Antoinette and King Louis XVI are shown sympathetically.
At a time of economic and political doldrums, when the far right National Front is on the ascent and the Socialist president, François Hollande, is deeply unpopular, Mr. Mélenchon warned, on France Info radio, that the game threatened to fan “hatred of the Republic,” which he said was widespread among the far right today.
The video game reflected a current strain of self-hatred in France, he said, suggesting that it was perilous for national identity.
“Smearing the great revolution is dirty work that aims to instill the French with even more self-loathing and talk of decline,” Mr. Mélenchon told Le Figaro, a French newspaper. “If we continue like this, no common identity will remain possible for the French besides religion and skin color.”
Mr. Mélenchon fumed that the game did not repudiate Louis, a “traitor” who, according to historical documents, he said, had tried to get foreign armies to rescue him before he was executed.
He said “that cretin” Marie Antoinette, who was queen of France from 1774 to 1792 before meeting her end at the guillotine, was erroneously represented as a “poor little rich girl” even though, Mr. Mélenchon said, she tried to conspire to have France invaded.
Perhaps the greatest target of his ire is the game’s depiction of Robespierre, whose reign of terror against the perceived enemies of the revolution has made him a villain to some critics who view him as a tyrant. 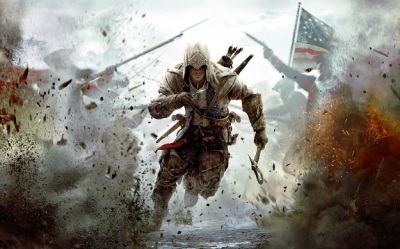 Mr. Mélenchon told France Info radio that the game’s denigration of Robespierre as a “monster” did not consider his role as a “liberator” and the leader of a movement that gave Jews the right to vote and tried to do the same for women.

Ubisoft has defended the game, and one of its producers, Antoine Vimal du Monteil, told the newspaper Le Monde that Assassin’s Creed was, after all, a game and “not a history lesson.”
Emmanuel Carré, a spokesman for Ubisoft, said by phone that 1,000 people had created the game over three years and that thrills for the player had taken precedence over historical accuracy.
“This is France, where everything becomes politicized, including video games,” he said. He said the game sought to capture the complexity of characters like Robespierre and Marie Antoinette.
On a blog hosted by Mediapart, a news website, Jean-Clément Martin, a historian who advised Ubisoft on the game, wrote that Assassin’s Creed Unity was not intended as French-bashing or historical revisionism, but rather was meant to create a “fantasy.”
“Let adolescents, young and old, play,” he wrote. “Perhaps they will get the idea to go read a manual or a history book, and everyone will have won.”
So, what do you think?  Really believe that is something to care about or just let the game be?